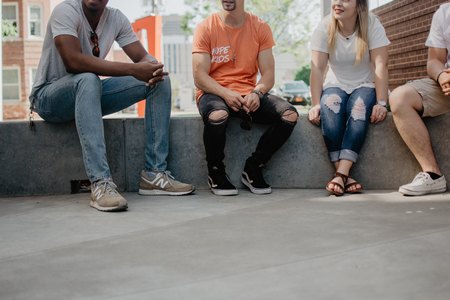 Unfortunately, it has become quite common to hear an abundance of vulgarity come from the mouths of mankind. It rears its head not only amongst men, but we even hear it spew from the mouths of women and children. One cannot remain on a middle school, high school, or college campus for very long without hearing some form of impure speech. Likewise, it is very common that some of the movies and television shows that are produced will include some language that is considered crude and/or vulgar. Also, much of the music that is popular today includes either outright cursing or euphemisms.

How did we get to be such an uncouth society? The fault is definitely not on God! For generation after generation, God included commands that showed people how to speak. Take for instance under the Law of Moses, it was commanded that “Thou shalt not take the name of the LORD thy God in vain; for the LORD will not hold him guiltless that taketh his name in vain” (Exo. 20:7; also see Deut. 5:11). When referencing God, it would do us good to learn a lesson from the Israelites (Rom. 15:4; Lev 19:14, 32). We should hold God and His name highly, and with reverence. Instead, many people regularly mention the words God and Jesus Christ so flippantly. How do we think that God feels about such?

Throughout the Old Testament, similar commands are found that echo the same call for pure speech. “Let the words of my mouth, and the meditation of my heart, be acceptable in thy sight, O LORD, my strength, and my redeemer” (Psm. 19:14). Then there is, “Set a watch, O LORD, before my mouth; keep the door of my lips” (Psm. 141:3). Perhaps the one that will open the eyes of some is “The fear of the LORD is to hate evil: pride, and arrogancy, and the evil way, and the froward mouth, do I hate” (Prov. 8:13). Did we catch that…hate! Likewise, how about “The transgression of the wicked saith within my heart, that there is no fear of God before his eyes. For he flattereth himself in his own eyes, until his iniquity be found to be hateful. The words of his mouth are iniquity and deceit: he hath left off to be wise, and to do good. He deviseth mischief upon his bed; he setteth himself in a way that is not good; he abhorreth not evil” (Psm. 36:1-4). Also, “Whoso keepeth his mouth and his tongue keepeth his soul from troubles” (Prov. 21:23).

We should not be left with the impression that pure speech was wanted just under the Old Testament though. There is also an abundance of verses in the New Testament that discuss God’s expectation of how we speak. Paul wrote, “Let no corrupt communication proceed out of your mouth, but that which is good to the use of edifying, that it may minister grace unto the hearers” (Eph. 4:29). Then there are the verses in the book of James that warn us about how we are to use our tongues. First of all James instructed, “Wherefore, my beloved brethren, let every man be swift to hear, slow to speak, slow to wrath” (James 1:19). Many times mankind would have done better if they had learned when was the right way and time to speak. James further explained, “My brethren, be not many masters, knowing that we shall receive the greater condemnation. For in many things we offend all. If any man offend not in word, the same is a perfect man, and able also to bridle the whole body. Behold, we put bits in the horses’ mouths, that they may obey us; and we turn about their whole body. Behold also the ships, which though they be so great, and are driven of fierce winds, yet are they turned about with a very small helm, whithersoever the governor listeth. Even so the tongue is a little member, and boasteth great things. Behold, how great a matter a little fire kindleth! And the tongue is a fire, a world of iniquity: so is the tongue among our members, that it defileth the whole body, and setteth on fire the course of nature; and it is set on fire of hell. For every kind of beasts, and of birds, and of serpents, and of things in the sea, is tamed, and hath been tamed of mankind: But the tongue can no man tame; it is an unruly evil, full of deadly poison. Therewith bless we God, even the Father; and therewith curse we men, which are made after the similitude of God. Out of the same mouth proceedeth blessing and cursing. My brethren, these things ought not so to be” (James 3:1-10).

Pure speech should be something that the Christian uses and encourages. Even if the rest of the world thinks that it is ridiculous to be concerned about how we use our tongues, we should still strive to be righteous in our speech.
~ Corey Barnette