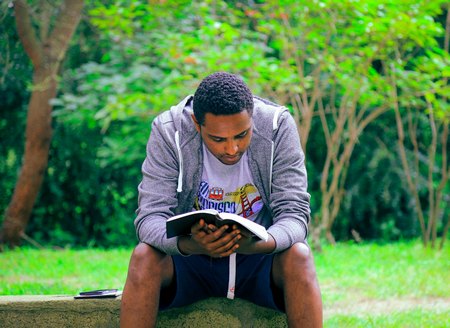 Throughout history there have been many times where men and women have fought for causes and beliefs. It usually starts as something small. Maybe there are just a handful of people at first. Then, as time goes on, more and more seem to be attracted to the efforts made by others. Sometimes the movement can grow to tremendous numbers. Other times the efforts eventually fade away. The church began the preaching of the Gospel in much the same way.

On the Day of Pentecost following Jesus’ ascension, there were twelve apostles that were waiting for the coming “power”. Jesus had said, “But ye shall receive power, after that the Holy Ghost is come upon you: and ye shall be witnesses unto me both in Jerusalem, and in all Judaea, and in Samaria, and unto the uttermost part of the earth” (Acts 1:8). Once the Day of Pentecost was “fully come”, the twelve apostles “…were all filled with the Holy Ghost, and began to speak with other tongues, as the Spirit gave them utterance” (Act 2:4). From such humble beginnings, the church of Christ came into existence. It started with one King and twelve servants (1 Tim. 6:15; Eph. 5:23). However, it did not stay that way for long.

Peter, “standing up with the eleven”, began to preach that day. It was the first time in history that the Gospel of Jesus Christ was proclaimed fully. The results of the preaching were quick and sure. The Bible records, “Now when they heard this, they were pricked in their heart, and said unto Peter and to the rest of the apostles, Men and brethren, what shall we do” (Acts 2:37)? Those penitent believers in Jerusalem were commanded, “Repent, and be baptized every one of you in the name of Jesus Christ for the remission of sins, and ye shall receive the gift of the Holy Ghost” (Acts 2:38). About three thousand souls obeyed the Gospel that day (Acts 2:41). From that day forward, the Gospel continued to be preached, and souls were “added to the church daily” (Acts 2:47). There is even a record of “about five thousand” men who “believed” shortly after Pentecost (Acts 4:4). The church of Christ was rapidly growing.

The efforts of the apostles were not going unnoticed. The Gospel preaching that was leading to men’s repentance and obedience, did not sit well with some Jews. “And as they spake unto the people, the priests, and the captain of the temple, and the Sadducees, came upon them, Being grieved that they taught the people, and preached through Jesus the resurrection from the dead. And they laid hands on them, and put them in hold unto the next day: for it was now eventide” (Acts 4:1-3). Later, the Bible records that, “Then the high priest rose up, and all they that were with him, (which is the sect of the Sadducees,) and were filled with indignation, And laid their hands on the apostles, and put them in the common prison” (Acts 5:17-18). It is obvious that there were some that did not want the Gospel preached, nor the church to continue to grow. Furious over the apostles’ boldness and faithfulness, “…the high priest asked them, Saying, Did we not straitly command you that ye should not teach in this name? and, behold, ye have filled Jerusalem with your doctrine, and intend to bring this man’s blood upon us” (Acts 5:27-28; cf. Acts 4:18). The apostles’ courageous answer to such was “…We ought to obey God rather than men” (Acts 5:29). This response further irritated some of the Jews to the point that there was a desire to put the apostle to death (Acts 5:33).

It was at this point that a well-respected, “doctor of the law”, tried to reason with the angry Jews. Gamaliel warned them that they should “…take heed to yourselves what ye intend to do as touching these men” (Acts 5:35). Gamaliel spoke of two men, Theudas and Judas of Galilee, who previously had many people follow after them. Once Theudas and Judas were dead though, their movements came to end on their own. Gamaliel said, “…Refrain from these men, and let them alone: for if this counsel or this work be of men, it will come to nought: But if it be of God, ye cannot overthrow it; lest haply ye be found even to fight against God” (Acts 5:38-39).