Skip to content
HomeAuthorityNo Prophet Is Accepted In His Own Country 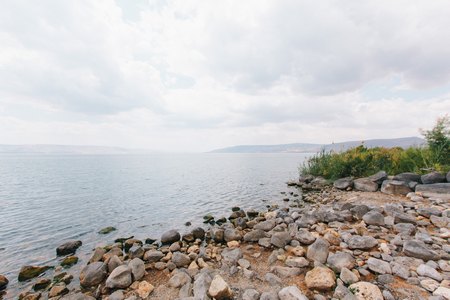 Early in the earthly ministry of Jesus, the Lord addressed a problem that hindered some from accepting the truth. After teaching in Galilee, the Bible records, “And he came to Nazareth, where he had been brought up: and, as his custom was, he went into the synagogue on the sabbath day, and stood up for to read” (Luke 4:16). It is good for us to notice that it was the regular practice of Jesus to go into the synagogue with his brethren. This should serve as an example to Christians that we should be assembling with our brethren on the first day of the week (Acts 20:7; 1 Cor. 16:1-2).

While He was there, we learn that “…there was delivered unto him the book of the prophet Esaias. And when he had opened the book, he found the place where it was written, The Spirit of the Lord is upon me, because he hath anointed me to preach the gospel to the poor; he hath sent me to heal the brokenhearted, to preach deliverance to the captives, and recovering of sight to the blind, to set at liberty them that are bruised, To preach the acceptable year of the Lord” (Luke 4:17-19). Today, we refer to that Scripture as Isaiah 61:1. After He had finished reading that Scripture, we find, “And he closed the book, and he gave it again to the minister, and sat down. And the eyes of all them that were in the synagogue were fastened on him” (Luke 4:20). To emphasize the significance of such an event, let us realize that God in the flesh read God’s Word in the presence of men. It had to be amazing to listen to the reading, preaching and teaching of Jesus. With that being the case, it had to be even more spectacular to have heard what Jesus said about that reading. “And he began to say unto them, This day is this Scripture fulfilled in your ears” (Luke 4:21). The ones present in that synagogue were seeing and hearing the fulfillment of prophecy. What would have been our reactions to such things?

At first, it seems that doubt existed in the minds of some Jews. “And all bare witness, and wondered at the gracious words which proceeded out of his mouth. And they said, Is not this
Joseph’s son” (Luke 4:22)? A diligent Bible student knows that Joseph was not the physical, earthly father of Jesus, but that was the impression that many had come to believe. It is sad to report, but the fact that Jesus had grown and matured in front of them figuratively blinded their eyes. They could not seemingly accept that Jesus could possibly be the One that was to come.

Jesus did not let the bewilderment of his neighbors detract from His mission. “And he said unto them, Ye will surely say unto me this proverb, Physician, heal thyself: whatsoever we have heard done in Capernaum, do also here in thy country. And he said, Verily I say unto you, No prophet is accepted in his own country. But I tell you of a truth, many widows were in Israel in the days of Elijah, when the heaven was shut up three years and six months, when great famine was throughout all the land; But unto none of them was Elijah sent, save unto Sarepta, a city of Sidon, unto a woman that was a widow. And many lepers were in Israel in the time of Eliseus the prophet; and none of them was cleansed, saving Naaman the Syrian” (Luke 4:23-27).

These statements did not sit well with those to whom Jesus spoke. “And all they in the synagogue, when they heard these things, were filled with wrath, And rose up, and thrust him out of the city, and led him unto the brow of the hill whereon their city was built, that they might cast him down headlong” (Luke 4:28-29). How ironic that at both the beginning and the end of His earthly ministry, people wanted Jesus to be put to death.

It is still not uncommon for some teachers and preachers to be rejected by those that watched them grow. It seems that it is difficult for some people to accept the truth when it comes from a person that they already know. Friend, the truth is the truth, regardless of who says it. We should never allow ourselves to reject the truth when it is proclaimed. Let us be like those in Capernaum that “were astonished at his doctrine: for his word was with power” (Luke 4:32).
~Corey Barnette