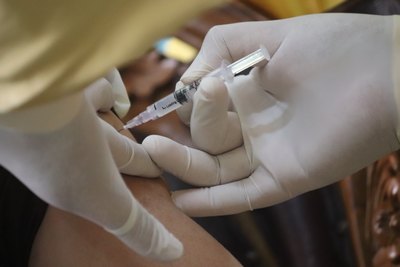 Have you ever tried to tell someone something important, but for whatever reason, the person seemed uninterested? If you have, then you can understand the frustration that comes with such. For generations, God had been telling the Israelites/Jews what would happen to them if they lived sinfully. Yet, time after time it seemed that those warnings fell on “deaf ears”.

Near the end of his life, Moses commented, “For I know thy rebellion, and thy stiff neck: behold, while I am yet alive with you this day, ye have been rebellious against the LORD; and how much more after my death? Gather unto me all the elders of your tribes, and your officers, that I may speak these words in their ears, and call heaven and earth to record against them. For I know that after my death ye will utterly corrupt yourselves, and turn aside from the way which I have commanded you; and evil will befall you in the latter days; because ye will do evil in the sight of the LORD, to provoke him to anger through the work of your hands” (Deut. 31:27-29). One would think that such words would linger in one’s mind; that such warning would deter a person from committing such terrible practices. However, the Israelites did exactly as Moses said. Through the prophet, God warned, but they seemingly did not listen.

It was Jeremiah that wrote, “For thus hath the LORD of hosts said, Hew ye down trees, and cast a mount against Jerusalem: this is the city to be visited; she is wholly oppression in the midst of her. As a fountain casteth out her waters, so she casteth out her wickedness: violence and spoil is heard in her; before me continually is grief and wounds. Be thou instructed, O Jerusalem, lest my soul depart from thee; Lest I make thee desolate, a land not inhabited” (Jer. 6:6-8). Likewise, Jeremiah revealed, “Who is the wise man, that may understand this? and who is he to whom the mouth of the LORD hath spoken, that he may declare it, for what the land perisheth and is burned up like a wilderness, that none passeth through? And the LORD saith, Because they have forsaken my law which I set before them, and have not obeyed my voice, neither walked therein; But have walked after the imagination of their own heart, and after Baalim, which their fathers taught them: Therefore thus saith the LORD of hosts, the God of Israel; Behold, I will feed them, even this people, with wormwood, and give them water of gall to drink. I will scatter them also among the heathen, whom neither they nor their fathers have known: and I will send a sword after them, till I have consumed them” (Jer. 9:12-16).

Those are just a small sample of the efforts the prophets of old taught. Sadly, many of the prophets of old were mistreated and/or ignored. It was with that knowledge of behavior that Jesus taught the first century Jews a powerful lesson. “Then began he to speak to the people this parable; A certain man planted a vineyard, and let it forth to husbandmen, and went into a far country for a long time. And at the season he sent a servant to the husbandmen, that they should give him of the fruit of the vineyard: but the husbandmen beat him, and sent him away empty. And again he sent another servant: and they beat him also, and entreated him shamefully, and sent him away empty. And again he sent a third: and they wounded him also, and cast him out. Then said the lord of the vineyard, What shall I do? I will send my beloved son: it may be they will reverence him when they see him. But when the husbandmen saw him, they reasoned among themselves, saying, This is the heir: come, let us kill him, that the inheritance may be ours. So they cast him out of the vineyard, and killed him. What therefore shall the lord of the vineyard do unto them? He shall come and destroy these husbandmen, and shall give the vineyard to others. And when they heard it, they said, God forbid” (Luke 20:9-16). One would like to think that the message caused the first century Jews to recognize the error of their ways. Unfortunately, there are some people who will not listen to the help/warnings that are given to them. “And the chief priests and the scribes the same hour sought to lay hands on him; and they feared the people: for they perceived that he had spoken this parable against them” (Luke 20:19).