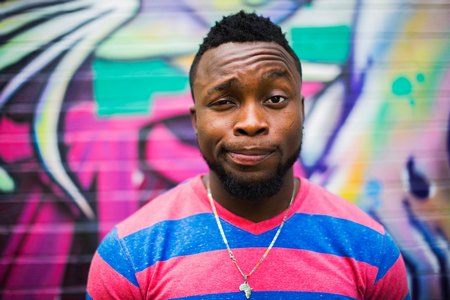 Are you familiar with what a dilemma is? Without having to retrieve a dictionary, let me try to define “dilemma” in simple and easy to understand terms. Imagine that you are presented with a decision that you have to make between two things. Unfortunately for you though, if you decide either way, you will have put yourself in an unsatisfactory position. That is a “dilemma”.

About two thousand years ago, our Lord was teaching one day in the Temple. It was on this occasion that He was confronted by “the chief priests and the elders of the people” (Matt. 21:23). They came to Jesus to question Him. They asked, “…By what authority doest thou these things? and who gave thee this authority?” It was on this occasion that Jesus presented those men with a dilemma. Instead of simply answering directly, the Lord decided to ask “the chief priests and the elders of the people” his own question. “And Jesus answered and said unto them, I also will ask you one thing, which if ye tell me, I in like wise will tell you by what authority I do these things. The baptism of John, whence was it? from heaven, or of men?” (Matt. 21:24-25). As we will see in a few moments, those to whom Jesus spoke readily understood that they were in a dilemma. Now, let us be clear on the matter.

The question that Jesus asked is not unanswerable. The correct answer is actually very simple. The baptism of John was from heaven. In other words, it was authorized by God. It really is that simple. Luke recorded, “Now in the fifteenth year of the reign of Tiberius Caesar, Pontius Pilate being governor of Judaea, and Herod being tetrarch of Galilee, and his brother Philip tetrarch of Ituraea and of the region of Trachonitis, and Lysanias the tetrarch of Abilene, Annas and Caiaphas being the high priests, the word of God came unto John the son of Zacharias in the wilderness. And he came into all the country about Jordan, preaching the baptism of repentance for the remission of sins” (Luke 3:1-3). Why then was the question of John’s baptism so difficult for some to answer? Let us notice the dilemma: “…And they reasoned with themselves, saying, If we shall say, From heaven; he will say unto us, Why did ye not then believe him? But if we shall say, Of men; we fear the people; for all hold John as a prophet” (Matt. 21:25-26). There it is!

Those individuals knew that whichever of the two answers they gave, they were going to have a problem. So what did those men do? “And they answered Jesus, and said, We cannot tell” (Matt. 21:27). What a cowardly answer! The truth is that they could tell, but were unwilling to say such! Since they chose to answer that way, Jesus told them, “…Neither tell I you by what authority I do these things”. It was then that our Lord openly revealed the spiritual condition of those that questioned Him. He began to say, “But what think ye? A certain man had two sons; and he came to the first, and said, Son, go work today in my vineyard. He answered and said, I will not: but afterward he repented, and went. And he came to the second, and said likewise. And he answered and said, I go, sir: and went not. Whether of them twain did the will of his father?” (Matt. 21:28-31). This time the men gave Jesus a definitive answer. “They say unto him, The first.” With that response, Jesus explained the terrible position in which those men were. “Verily I say unto you, That the publicans and the harlots go into the kingdom of God before you. For John came unto you in the way of righteousness, and ye believed him not: but the publicans and the harlots believed him: and ye, when ye had seen it, repented not afterward, that ye might believe him” (Matt. 21:31-32).

There we have it. The only reason that “the chief priests and the elders of the people” were in a dilemma is because they refused to accept God’s will through John. Let us determine in our hearts to accept the truth of God’s Word! We should never let fear of others, or any other reason, put us in a dilemma when it comes to obedience.
~Corey Barnette