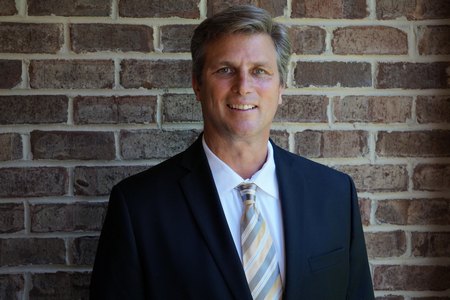 As difficult as it might be to admit, we now live in a time period when many people do not want the truth. To understand what I mean by that, we need to make sure that we correctly identify the truth. Divine defining is far better than earthly endeavors when it comes to such. Jesus said, “Sanctify them through thy truth: thy word is truth” (John 17:17). The one thing that is the purest “truth” in this world is the Word of God. We should also establish that when it comes to God’s Word, It is absolute truth. There is no room for subjectivity when discussing the Bible. Whether we believe the Word of God or not does not change that It is true.

One other point of importance is that contrary to what some advocate, we can know the truth. Again, letting God state such is far more convincing than any claim of man. The Lord told some first century Jews, “And ye shall know the truth, and the truth shall make you free” (John 8:32). Their reaction was defiant. In response, Jesus told them why they were not made free. “I know that ye are Abraham’s seed; but ye seek to kill me, because my word hath no place in you” (John 8:37). Remember, Jesus said that it is the truth that makes men free. The truth and the Word are synonymous. Because of their rejection of the Word, the Jews remained in bondage to sin. This truth was further shown when Jesus spoke, “Why do ye not understand my speech? even because ye cannot hear my word. Ye are of your father the devil, and the lusts of your father ye will do. He was a murderer from the beginning, and abode not in the truth, because there is no truth in him. When he speaketh a lie, he speaketh of his own: for he is a liar, and the father of it. And because I tell you the truth, ye believe me not” (John 8:43-45).

With all of that being established, how important is it that we have individuals who preach the truth, the Word? Now, as we began this article, let us recall that many today do not want the truth. Instead they would rather hear falsehoods that make them feel good, or they would rather certain parts of the truth be left out because of fear that some might be offended by the proclamation of such. It is this type of preaching that has caused much damage to the church of Christ. Choosing to refuse to preach the Word does not help the listeners. Instead it simply deceives those who hear it. It allows the hearers to believe that they are in a right relationship with God, when truthfully they are not in fellowship with God. John wrote, “Whosoever transgresseth, and abideth not in the doctrine of Christ, hath not God. He that abideth in the doctrine of Christ, he hath both the Father and the Son. If there come any unto you, and bring not this doctrine, receive him not into your house, neither bid him God speed: For he that biddeth him God speed is partaker of his evil deeds” (2 John 9-11).

With so many people against the truth, it can become extremely tempting to compromise and fail to preach the totality of God’s Word. This is not a twenty-first century phenomenon. While writing to the church in Ephesus, Paul was a prisoner for being a faithful Christian and preacher of the Word. Even that great soldier of the cross understood the possibility of giving into the temptation to hold back certain parts of truth. He requested that the Christians there do certain things. Part of his request was that they would be “Praying always with all prayer and supplication in the Spirit, and watching thereunto with all perseverance and supplication for all saints; And for me, that utterance may be given unto me, that I may open my mouth boldly, to make known the mystery of the gospel, For which I am an ambassador in bonds: that therein I may speak boldly, as I ought to speak” (Eph. 6:18-20). With such desire, it should not surprise us to find that while speaking to the elders at Ephesus, Paul told them, “For I have not shunned to declare unto you all the counsel of God” (Acts 20:27). Paul did not hold back any part of the Word!

Paul’s understanding of the power and necessity of God’s Word was so strong. In demonstration of such, before he died, Paul charged Timothy to “Preach the word; be instant in season, out of season; reprove, rebuke, exhort with all longsuffering and doctrine” (2 Tim. 4:2). Paul knew that “…the time will come when they will not endure sound doctrine; but after their own lusts shall they heap to themselves teachers, having itching ears; And they shall turn away their ears from the truth, and shall be turned unto fables” (2 Tim. 4:3-4). Can you just imagine what Paul would think of the lack of preaching of the truth today?

Let me start to bring this article to a close by stating that if you have a preacher that is courageous enough to preach the Word amidst the onslaught of efforts to deter him, then be extremely thankful for him. Encourage him by letting him know that his labor is appreciated and his commitment is noble. It is my hope that we will continue to have preachers that will “preach the Word”!
~ Corey Barnette