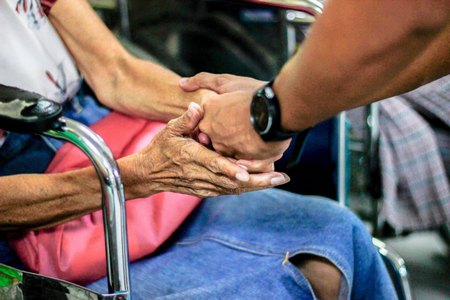 From time to time, we have different jobs that need to be done. Sometimes we might delay doing certain works because of the difficulty or degree of uncleanness. If we are not careful, then we might have this happen in our service, or lack thereof, to Christ. Long ago, Jesus took the opportunity to teach his disciples a valuable lesson on service. The account to which I am referring is found in John chapter 13. This was when our Lord took it upon Himself to demonstrate how far our service should be extended. We find, “Now before the feast of the passover, when Jesus knew that his hour was come that he should depart out of this world unto the Father, having loved his own which were in the world, he loved them unto the end. And supper being ended, the devil having now put into the heart of Judas Iscariot, Simon’s son, to betray him; Jesus knowing that the Father had given all things into his hands, and that he was come from God, and went to God; He riseth from supper, and laid aside his garments; and took a towel, and girded himself” (John 13:1-4).

One of the first things that we can notice is that Jesus was willing to serve because He “loved”. Our willingness to serve both God and man will derive from how much we love each. Jesus taught, “…Thou shalt love the Lord thy God with all thy heart, and with all thy soul, and with all thy mind. This is the first and great commandment. And the second is like unto it, Thou shalt love thy neighbour as thyself. On these two commandments hang all the law and the prophets” (Matt. 22:37-40). Our Lord demonstrated His love for God by doing all the will of the Father (John 8:29). He demonstrated His love for man when He took that towel with which He girded Himself and began to do something. John continued, “After that he poureth water into a basin, and began to wash the disciples’ feet, and to wipe them with the towel wherewith he was girded” (John 13:5). You might be wondering how this particular action demonstrated His love for man.

Back in the first century A.D., it was not so uncommon for a home to have a servant whose responsibility was to wash the feet of visitors. Seeing as how modern shoes were not used during that time period, the feet of individuals would become quite dirty. It does not take much learning to come to an understanding that the job of the feet washer was nothing glamorous. So when our Lord began to wash and wipe the disciples’ feet, you can imagine the reaction that He received. Peter is recorded as saying, “…Thou shalt never wash my feet” (John 13:8). It would certainly seem that Peter did not want something so lowly as the washing of his feet to be done by the Lord. Jesus told him, “What I do thou knowest not now; but thou shalt know hereafter” (John 13:7).

After the washing was done, Jesus explained the importance of what He just did. “So after he had washed their feet, and had taken his garments, and was set down again, he said unto them, Know ye what I have done to you? Ye call me Master and Lord: and ye say well; for so I am. If I then, your Lord and Master, have washed your feet; ye also ought to wash one another’s feet. For I have given you an example, that ye should do as I have done to you. Verily, verily, I say unto you, The servant is not greater than his lord; neither he that is sent greater than he that sent him. If ye know these things, happy are ye if ye do them” (John 13:12- 17).

Did you catch just how much Jesus loves mankind? Jesus loves mankind so much that he was willing to do a job that some might feel was beneath Him. In so doing, Jesus left a lesson that is paramount to all of His followers: serve! Even if the job is at the bottom of a list of things that you do not enjoy doing! If it needs to be done, then do it. The job of feet washing is no longer a norm in much of modern society, but opportunities to serve are numerous. Let us begin to close with some comments from Paul. “But made himself of no reputation, and took upon him the form of a servant, and was made in the likeness of men: And being found in fashion as a man, he humbled himself, and became obedient unto death, even the death of the cross” (Phil. 2:7-8). Jesus loved God and mankind so much that He faithfully served them both. Will we learn from His example and also faithfully serve?
~ Corey Barnette