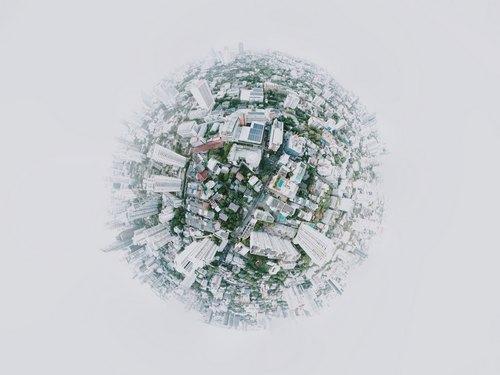 I imagine that many readers of this article are disappointed and disgusted with the embracing of sin in our society. We might even be tempted to believe that things are worse now than in times before. However, we might be wrong in our thinking.

Then there is the time period immediately before the universal flood. Do we recall that it is recorded “And God saw that the wickedness of man was great in the earth, and that every imagination of the thoughts of his heart was only evil continually” (Gen. 6:5)? Again, the level of lawlessness and degeneracy must have been absolutely horrendous. After all, it is also recorded that due to the level of immorality, “And it repented the LORD that he had made man on the earth, and it grieved him at his heart. And the LORD said, I will destroy man whom I have created from the face of the earth; both man, and beast, and the creeping thing, and the fowls of the air; for it repenteth me that I have made them” (Gen. 6:6-7).

That my friend had to be a terrible time to endure. I mean, even God had his fill of sinfulness to the point where He was ready to destroy all of mankind. We should be extremely grateful that amidst all of the revelry there was a man named Noah, who “…found grace in the eyes of the LORD” (Gen. 6:8). Dare I ask, could things have been worse back then than they are now?

Do not misunderstand me, I recognize and admit that sin is rampant in our present day society. “The lust of the flesh, the lust of the eyes, and the pride of life” are temptations that we encounter every day (1 John 2:16). With that being said, there are many good things that exist in this time. Take for instance that in The United States of America we can still worship God on the first day of every week (Acts 20:7; 1 Cor. 16:1-2). We are able to assemble peaceably with our brethren for such a privilege. That has not always been the case with brethren of previous generations.

Also, what about the means of preaching the Gospel that are at our disposal today (Mark 16:15-16). Can you imagine what Paul would have thought if he had the Internet in his life time? We sometimes take for granted the ease and availability of modern technologies. It was not that long ago that automobiles and airplanes were merely thoughts in some man’s mind. It has not always been as easy and convenient to carry the Gospel to the lost as it is now.

So, as we go about our daily lives, let us not become so despondent that we behave as if we have it worse than those that came before us. On the contrary, let us be a people that daily thanks our God that we have it as good as we do. Paul wrote, “In every thing give thanks: for this is the will of God in Christ Jesus concerning you” (1 Thess. 5:18). Also, in another place, Paul mentioned “Giving thanks always for all things unto God and the Father in the name of our Lord Jesus Christ” (Eph. 5:20).

Regardless of whatever happens on Earth in the future, Christians are blessed in knowing that things are going to get better, not worse, for us in Heaven. The writer of Hebrews described it as “rest” that is waiting for us (Heb. 4:9). Paul taught, “For we know that if our earthly house of this tabernacle were dissolved, we have a building of God, an house not made with hands, eternal in the heavens” (2 Cor. 5:1). Can things get worse? Absolutely! Will things get better? Absolutely!
~ Corey Barnette