Skip to content
HomeAuthorityIs It Really That Hard To Understand? 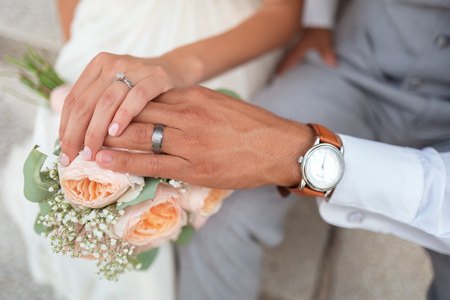 How many times have you heard it? “The Bible is just too hard for me to understand?” There are multitudes of individuals that have convinced themselves of such. Is it true though? Let us look at some verses and see just how difficult they are to understand.

Next, what about these verses: “And he answered and said unto them, Have ye not read, that he which made them at the beginning made them male and female, And said, For this cause shall a man leave father and mother, and shall cleave to his wife: and they twain shall be one flesh? Wherefore they are no more twain, but one flesh. What therefore God hath joined together, let not man put asunder” (Matt. 19:4-6). That is not that difficult to understand, is it? The institution of marriage was introduced and designed by God. Marriage has been around so long that it precedes the Law of Moses and the Law of Christ. All the way back to the “beginning” marriage has been a blessed estate for a man and a woman. The writer of Hebrews mentioned “Marriage is honourable in all, and the bed undefiled: but whoremongers and adulterers God will judge” (Heb. 13:4). With that being stated, why then have some espoused the idea that marriage can exist in any other form than one man and one woman? If God had wanted man to have multiple wives, then He would have established that “in the beginning”. If God had wanted marriage to exist between two men, or two women, then He would have established that “in the beginning”. That is not difficult to understand, is it? Then, marriage only exists when God joins a man and a woman together. Just because a piece of paper claims that individuals are married does not make it so. If the man and woman do not meet the qualifications for marriage, then God will not join them together. No one else but God has the power to join a man and woman in marriage. That is not difficult to understand, is it? One last thing, God’s design for marriage is a lifelong commitment. Outside of the exception of fornication (see Matt. 19:9), marriage is not to end until the death of a spouse (Rom. 7:1-3). Most of the “divorces” that take place each year are an affront to God and His design. Is that really so hard to understand?

As has been seen, we can understand the Bible if we put forth the effort to do such. The ignorance and confusion that exists today is because of man’s unwillingness to give diligence when it comes to dividing rightly the Word of God (2 Tim. 2:15). After all, do we think that God would give us the Bible, but then make It so that we could not understand It (1 Cor. 14:33; John 12:48)? Let us acknowledge that God’s will is really not that hard to understand.
~ Corey Barnette