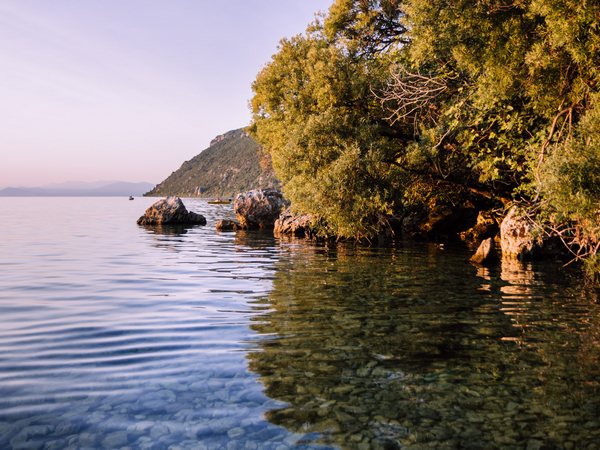 The accounts of Matthew, Mark, Luke and John are valuable records of the life of Jesus. However, included in those writings, we also find information about others who were contemporary with Christ. One of those individuals was a man named John. For many people, he is known as “John the Baptist”. It would be just as accurate to refer to him as John the baptizer or John the immerser, for that is what he did. John ushered in a new command that was required for man, baptism.

In the Gospel according to Mark, it is revealed that the baptism that John performed was for a specific purpose. “John did baptize in the wilderness, and preach the baptism of repentance for the remission of sins” (Mark 1:4). It is also revealed that many heeded his teachings, and indeed were baptized. “And there went out unto him all the land of Judaea, and they of Jerusalem, and were all baptized of him in the river of Jordan, confessing their sins” (Mark 1:5). However, just as Jesus had those that rejected His teachings, there were some that rejected John’s. “But the Pharisees and lawyers rejected the counsel of God against themselves, being not baptized of him” (Luke 7:30).

The influence that John had was tremendous. There were those that aligned themselves with John, who became known as his disciples (Matt. 11:2). His influence was so strong that Jesus himself came in contact with John. Jesus understood that John was “…a man sent from God…” that was an important piece in God’s plan of redemption (John 1:6). Jesus stated, “For all the prophets and the law prophesied until John” (Matt. 11:13). Jesus was so sure of John’s legitimacy, that Christ himself was baptized of John. “Then cometh Jesus from Galilee to Jordan unto John, to be baptized of him. But John forbad him, saying, I have need to be baptized of thee, and comest thou to me? And Jesus answering said unto him, Suffer it to be so now: for thus it becometh us to fulfil all righteousness. Then he suffered him” (Matt. 3:13-15). These things speak highly of John and his work.

John is also remembered for proclaiming of Jesus, “…Behold the Lamb of God, which taketh away the sin of the world” (John 1:29). This acknowledgment should not be taken lightly. By publicly proclaiming such, John was telling the Jewish world that the Christ had come. John boldly said, “And I saw, and bare record that this is the Son of God” (John 1:34). John was fulfilling a role that was necessary for the transition to Jesus and His ministry. Jesus asked, “…What went ye out in the wilderness for to see? A reed shaken with the wind? But what went ye out for to see? A man clothed in soft raiment? Behold, they which are gorgeously apparelled, and live delicately, are in kings’ courts. But what went ye out for to see? A prophet? Yea, I say unto you, and much more than a prophet. This is he, of whom it is written, Behold, I send my messenger before thy face, which shall prepare thy way before thee” (Luke 7:24-27; Mal. 3:1). Jesus went so far as to say, “And if ye will receive it, this is Elias, which was for to come” (Matt. 11:14; Mal. 4:5).

It is also written that John “…came for a witness, to bear witness of the Light, that all men through him might believe. He was not that Light, but was sent to bear witness of that Light” (John 1:7-8). Furthermore, “John bare witness of him, and cried, saying, This was he of whom I spake, He that cometh after me is preferred before me: for he was before me” (John 1:15).
Just how much John knew of his role is not certain.

There was a time “…when the Jews sent priests and Levites from Jerusalem to ask him, Who art thou? And he confessed, and denied not; but confessed, I am not the Christ. And they asked him, What then? Art thou Elias? And he saith, I am not. Art thou that prophet? And he answered, No. Then said they unto him, Who art thou? that we may give an answer to them that sent us. What sayest thou of thyself? He said, I am the voice of one crying in the wilderness, Make straight the way of the Lord, as said the prophet Esaias” (John 1:19-23; Isa. 40:3).

It would seem to be that John did not realize that he was indeed “Elijah/Elias” in the sense that he came in the manner of Elijah. He did not want to be exalted to a position that he did not deserve. To his credit John made it clear, “…I baptize with water: but there standeth one among you, whom ye know not; He it is, who coming after me is preferred before me, whose shoe’s latchet I am not worthy to unloose” (John 1:26-27).
With that being said, we should not forget how great John really was. Jesus claimed, “For I say unto you, Among those that are born of women there is not a greater prophet than John the Baptist: but he that is least in the kingdom of God is greater than he” (Luke 7:28). Truly, the work that John did was vital. The fact that the accounts of John are recorded ensures that mankind will always be able to know of him and his labors.
~ Corey Barnette