Skip to content
HomeBeliefLord, To Whom Shall We Go? 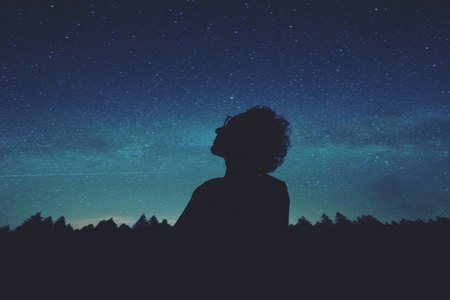 The historical record does not end there though. After the departure of some of His disciples, “Then said Jesus unto the twelve, Will ye also go away” (John 6:67)? It was decision time for those men. Would they follow the multitude that turned away from the Lord, or would they continue to follow Him? On that occasion, “…Simon Peter answered him, Lord, to whom shall we go? Thou hast the words of eternal life. And we believe and are sure that thou art that Christ, the Son of the living God” (John 6:68-69). What a wonderful proclamation! It is that “good confession” that has similarly been stated by so many since the beginning of the preaching of the Gospel (Rom. 10:9-10; cf. Acts 8:37). Peter realized that there was no other person that was “…that Christ, the Son of the living God”. If the twelve turned their backs on Jesus, then they would have no hope.

Fast forward in time to the year 2022. What do we see happening seemingly all around us? Many people are offended at the law of Christ/the New Testament. Many individuals have no desire to follow Jesus faithfully. These decisions have everlasting consequences!

When writing to Theophilus, Luke recorded another time when some were upset. A “…certain man lame from his mother’s womb…” had been healed (Acts 3:1-9). This act caused some to ask, “…By what power, or by what name, have ye done this” (Acts 4:7)? It was on that occasion that Peter would once again shine brightly by stating, “…Be it known unto you all, and to all the people of Israel, that by the name of Jesus Christ of Nazareth, whom ye crucified, whom God raised from the dead, even by him doth this man stand here before you whole. This is the stone which was set at nought of you builders, which is become the head of the corner. Neither is there salvation in any other: for there is none other name under heaven given among men, whereby we must be saved” (Acts 4:10-12).

At that point in time, Peter and John were very bold in their preaching and teaching. It did not matter whether the listeners were offended or not. The truth of Jesus was being proclaimed. If mankind wanted salvation, then it was only to be found in Jesus.

Today, we need individuals that are just as bold and convicted in their hearts that Jesus is “…the way, the truth, and the life…” (John 14:6). If that offends people, then so be it. If that causes some people to think that followers of Jesus are too narrow minded, then so be it (Matt. 7:13-14). We must understand that if we turn away from the Lord, then we will repeat the same mistake that so many made almost two thousand years ago. There is none other to whom we can go!
~ Corey Barnette