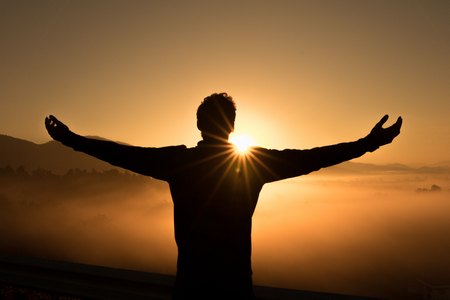 When one studies the life of Paul, it is hard not to come away with admiration for his great dedication. When he persecuted the church, Paul believed wholeheartedly that he was doing the will of God. “And Paul, earnestly beholding the council, said, Men and brethren, I have lived in all good conscience before God until this day” (Acts 23:1). Also, he stated, “Though I might also have confidence in the flesh. If any other man thinketh that he hath whereof he might trust in the flesh, I more: Circumcised the eighth day, of the stock of Israel, of the tribe of Benjamin, an Hebrew of the Hebrews; as touching the law, a Pharisee; Concerning zeal, persecuting the church; touching the righteousness which is in the law, blameless” (Phil. 3:4-6). As such, Paul did as much as he could to stop the spread of Christianity. “For ye have heard of my conversation in time past in the Jews’ religion, how that beyond measure I persecuted the church of God, and wasted it” (Gal. 1:13).

Once he was converted, Paul then gave his life in service to Christ. “I am crucified with Christ: nevertheless I live; yet not I, but Christ liveth in me: and the life which I now live in the flesh I live by the faith of the Son of God, who loved me, and gave himself for me” (Gal. 2:20). That commitment was not taken lightly. Paul understood that by making that choice, he was going to receive opposition and mistreatment. He wrote to Timothy, “Yea, and all that will live godly in Christ Jesus shall suffer persecution” (2 Tim. 3:12). Also, he wrote, “Wherefore when we could no longer forbear, we thought it good to be left at Athens alone; And sent Timotheus, our brother, and minister of God, and our fellowlabourer in the gospel of Christ, to establish you, and to comfort you concerning your faith: That no man should be moved by these afflictions: for yourselves know that we are appointed thereunto” (1 Thess. 3:1-3).

Some of the “afflictions” in Paul’s life are listed by the apostle in the book of Second Corinthians. We find, “I speak as concerning reproach, as though we had been weak. Howbeit whereinsoever any is bold, (I speak foolishly,) I am bold also. Are they Hebrews? so am I. Are they Israelites? so am I. Are they the seed of Abraham? so am I. Are they ministers of Christ? (I speak as a fool) I am more; in labours more abundant, in stripes above measure, in prisons more frequent, in deaths oft. Of the Jews five times received I forty stripes save one. Thrice was I beaten with rods, once was I stoned, thrice I suffered shipwreck, a night and a day I have been in the deep; In journeyings often, in perils of waters, in perils of robbers, in perils by mine own countrymen, in perils by the heathen, in perils in the city, in perils in the wilderness, in perils in the sea, in perils among false brethren; In weariness and painfulness, in watchings often, in hunger and thirst, in fastings often, in cold and nakedness. Beside those things that are without, that which cometh upon me daily, the care of all the churches” (2 Cor. 11:21-28). Paul went on to write, “If I must needs glory, I will glory of the things which concern mine infirmities” (2 Cor. 11:30).

It is amazing to read the things that Paul experienced. He was so confident that Jesus was the Christ, that nothing, or no one, was going to shatter his faith. Perhaps even more amazing than all of the things he endured is the way that Paul felt about such mistreatment. Paul indicated, “For which cause we faint not; but though our outward man perish, yet the inward man is renewed day by day. For our light affliction, which is but for a moment, worketh for us a far more exceeding and eternal weight of glory; While we look not at the things which are seen, but at the things which are not seen: for the things which are seen are temporal; but the things which are not seen are eternal” (2 Cor. 4:16-18). Truly, it is humbling and thought provoking to compare the “afflictions” that we endure to those of Paul. Everything that he went through for Christ was considered “light affliction”. Can we echo his thoughts, or do we complain, gripe and bemoan because of our “afflictions”. Most of us will never experience the same “afflictions” of Paul, but hopefully, when our time comes to go through similar hardships, we will look at them as “light”. After all, if Jesus loved me so much that He endured the cross, then I should be willing to do whatever is required to stay faithful to Him.
~ Corey Barnette