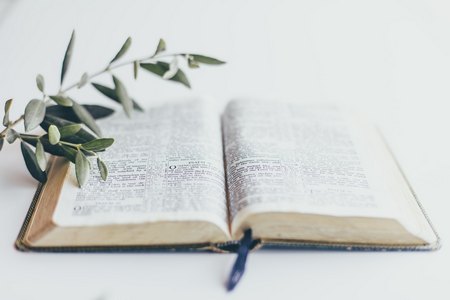 One of the joys of studying the Bible is that we get to see prophecies fulfilled. By studying the Old Testament, we are able to learn of people and things that were foretold before their actual establishments. Take for instance the following prophecies: “And speak unto him, saying, Thus speaketh the LORD of hosts, saying, Behold the man whose name is The BRANCH; and he shall grow up out of his place, and he shall build the temple of the LORD: Even he shall build the temple of the LORD; and he shall bear the glory, and shall sit and rule upon his throne; and he shall be a priest upon his throne: and the counsel of peace shall be between them both” (Zech. 6:12-13). At first, a person might be confused as to who is this person, “The BRANCH”? Who is he that was to be a ruler/king and a priest at the same time? Also one might be curious as to how “The BRANCH” was going to build “the temple of the LORD”? Thankfully for us, the New Testament describes the fulfillment of these and many other prophecies.

First of all, who is “The BRANCH” that was to be king and priest at the same time? Before bluntly stating the answer, let us examine another prophecy that aids in the study. Isaiah wrote, “And there shall come forth a rod out of the stem of Jesse, and a Branch shall grow out of his roots” (Isa. 11:1). The reference to “The BRANCH” being a descendant of Jesse is extremely helpful in our investigation. Jesse’s son was David, and from the seed line of David there was to come the Christ. Peter preached, “Men and brethren, let me freely speak unto you of the patriarch David, that he is both dead and buried, and his sepulchre is with us unto this day. Therefore being a prophet, and knowing that God had sworn with an oath to him, that of the fruit of his loins, according to the flesh, he would raise up Christ to sit on his throne…Therefore let all the house of Israel know assuredly, that God hath made that same Jesus, whom ye have crucified, both Lord and Christ” (Acts 2:29-30, 36).

To further support Jesus as “The BRANCH”, the writer of Hebrews explained that Jesus is our high priest in Heaven. Please notice, “By so much was Jesus made a surety of a better testament. And they truly were many priests, because they were not suffered to continue by reason of death: But this man, because he continueth ever, hath an unchangeable priesthood” (Heb. 7:22-24). Also it is written, “For if he were on earth, he should not be a priest, seeing that there are priests that offer gifts according to the law” (Heb. 8:4). So by reading the prophecies of old, and then examining the statements in the New Testament, we are able to find a man, Jesus, who is a descendant of Jesse and also is ruler/king and priest at the same time in Heaven.

With that being understood, what about the prophecy of how “The BRANCH” was going to build “the temple of the LORD”? Again, the writer of Hebrews helps us with our study. We find, “Now of the things which we have spoken this is the sum: We have such an high priest, who is set on the right hand of the throne of the Majesty in the heavens; A minister of the sanctuary, and of the true tabernacle, which the Lord pitched, and not man” (Heb. 8:1-2). “The true tabernacle” is a reference to something other than the tabernacle of old. The forerunner of the Old Testament Temple was the tabernacle. The Israelites were responsible for “pitching” that tabernacle. In it, worship was acceptably done. The old tabernacle was also a place for God’s presence amongst His people. In comparison, “The true tabernacle” was “pitched” by the Lord. This, just like the Temple and tabernacle of old, is where worship can acceptably be done. Likewise, it is a “place” for God’s presence amongst His people. Is there anything that pops into your mind that the Lord built, that is where worship can be done acceptably, and that has the presence of God? The answer is the church of Christ (Matt. 16:18-19; Acts 2:47; 1 Cor. 3:16; Eph. 2:19-22; Heb. 12:28)!

This article is just the tip of the proverbial iceberg when it comes to studying prophecies. There is so much more that we have revealed to us. I hope that in some way this will encourage and excite us to want to study more in the future.