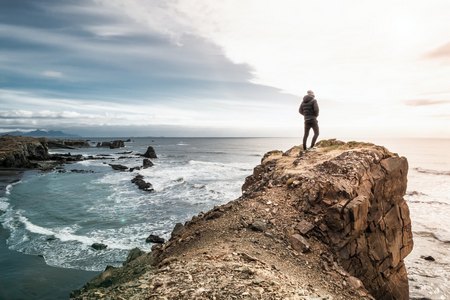 When Paul penned what we today call the book of Colossians, he was struggling inside over the fact that he had not seen those brethren in person. He wrote, “For I would that ye knew what great conflict I have for you, and for them at Laodicea, and for as many as have not seen my face in the flesh” (Col. 2:1). Paul wanted the brethren to live in comfort and confidence, despite the possibility that others might try to dissuade them. He continued, “That their hearts might be comforted, being knit together in love, and unto all riches of the full assurance of understanding, to the acknowledgment of the mystery of God, and of the Father, and of Christ; In whom are hid all the treasures of wisdom and knowledge. And this I say, lest any man should beguile you with enticing words” (Col. 2:2-4).

Although Paul had yet to see the brethren in Colosse face to face, he knew of their obedience and faithful lives. As a person that understood the need to remain committed to Christ, Paul then decided to do what he could to further encourage the brethren’s commitment. “For though I be absent in the flesh, yet am I with you in the spirit, joying and beholding your order, and the stedfastness of your faith in Christ. As ye have therefore received Christ Jesus the Lord, so walk ye in him: Rooted and built up in him, and stablished in the faith, as ye have been taught, abounding therein with thanksgiving” (Col. 2:5-7). It is one thing to obey the Gospel, but it is another thing entirely to stay faithful no matter what! As Paul put it, those brethren needed to be “stablished in the faith”. The idea is that they should have been grounded and entrenched in their spiritual convictions.

The same Paul told Timothy, “Yea, and all that will live godly in Christ Jesus shall suffer persecution” (2 Tim. 3:12). For the brethren in Colosse, Paul was very specific about how some could try to break down their faith. Paul added, “Beware lest any man spoil you through philosophy and vain deceit, after the tradition of men, after the rudiments of the world, and not after Christ” (Col. 2:8). The apostle knew that there were false teachers going about trying to undermine the work that he and others had been doing. Therefore, he did not want the Colossian brethren to be swayed by error. There was nothing spiritually that those Christians needed outside of Christ. Paul even declared, “And ye are complete in him, which is the head of all principality and power: In whom also ye are circumcised with the circumcision made without hands, in putting off the body of the sins of the flesh by the circumcision of Christ: Buried with him in baptism, wherein also ye are risen with him through the faith of the operation of God, who hath raised him from the dead” (Col. 2:10-12). The false teachers could not improve the situation of faithful brethren. As Paul put it, the brethren could only be “spoiled”/ruined by allowing themselves to be led astray from the faith.

Paul was not expecting anything from those in Colosse that he was not willing to do himself. When writing to “the churches of Galatia”, Paul boldly stated, “I am crucified with Christ: nevertheless I live; yet not I, but Christ liveth in me: and the life which I now live in the flesh I live by the faith of the Son of God, who loved me, and gave himself for me” (Gal. 2:20). Likewise, when his time on Earth drew short, Paul told Timothy, “I have fought a good fight, I have finished my course, I have kept the faith” (2 Tim. 4:7). Because he was “stablished in the faith”, Paul had something great awaiting him. However, Paul understood that not only would he be rewarded, but each Christian that did likewise would be rewarded as well. “Henceforth there is laid up for me a crown of righteousness, which the Lord, the righteous judge, shall give me at that day: and not to me only, but unto all them also that love his appearing” (2 Tim. 4:8).

So what about those of us who are Christians today? Are we firmly “stablished in the faith” so that nothing and no one will lead us astray? Do we truly believe that if we remain faithful, we will be rewarded? Do we actually trust that we are “complete” in Christ? I know that Paul wanted the brethren in Colosse to understand such, and I hope that we do as well.
~ Corey Barnette