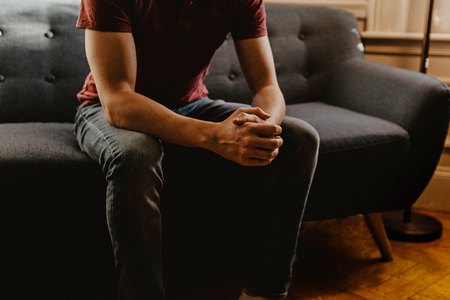 It is disappointing that at this stage of human history, many people are truly ignorant of God’s Word. The average man on the street struggles with some of the most basic truths in Scripture. It is reminiscent of the time when Hosea lived. He wrote, “My people are destroyed for lack of knowledge: because thou hast rejected knowledge, I will also reject thee, that thou shalt be no priest to me: seeing thou hast forgotten the law of thy God, I will also forget thy children” (Hos. 4:6). One area where ignorance has done a great deal of trouble is the understanding of the Old Law of Moses and the New Law of Christ. So many “religious” people believe that mankind is still amenable to the Old Law while simultaneously being obedient to the New Law. Friend, that idea is absolutely false! Man cannot be amenable to two different laws that teach two different things at the same time. That creates confusion. We must remember that our “…God is not the author of confusion, but of peace, as in all churches of the saints” (1 Cor. 14:33).

The Old Law of Moses, the entirety of It (including the “Ten Commandments”), has been fulfilled and removed. Paul referenced this truth when he wrote, “And you, being dead in your sins and the uncircumcision of your flesh, hath he quickened together with him, having forgiven you all trespasses; Blotting out the handwriting of ordinances that was against us, which was contrary to us, and took it out of the way, nailing it to his cross; And having spoiled principalities and powers, he made a shew of them openly, triumphing over them in it” (Col. 2:13-15). Likewise, the writer of Hebrews expressed, “For the law having a shadow of good things to come, and not the very image of the things, can never with those sacrifices which they offered year by year continually make the comers thereunto perfect. For then would they not have ceased to be offered? because that the worshippers once purged should have had no more conscience of sins. Above when he said, Sacrifice and offering and burnt offerings and offering for sin thou wouldest not, neither hadst pleasure therein; which are offered by the law; Then said he, Lo, I come to do thy will, O God. He taketh away the first, that he may establish the second” (Heb. 10:1-9). These verses are absolute proof that the Old Law of Moses is not the law under which mankind lives today.

With that knowledge, let us turn our attention to a problem that reared it’s head in the first century. After all of the years of the Old Law of Moses, it was difficult for some to transition away from it. One of the main issues that caused some trouble was the issue of physical circumcision. Long before the Old Law of Moses, the covenant of circumcision was given to Abraham. “This is my covenant, which ye shall keep, between me and you and thy seed after thee; Every man child among you shall be circumcised. And ye shall circumcise the flesh of your foreskin; and it shall be a token of the covenant betwixt me and you” (Gen. 17:10-11). Under the Old Law of Moses, physical circumcision continued to be practiced (Exo. 4:24-26; cf. Acts 15:1-29). Once the Old Law of Moses was fulfilled and removed, the issue of circumcision became an issue for some. There were some that were teaching that even though Christ had died and instituted His law, the need to be circumcised physically was still binding. This caused problems amongst the first century church.

Paul boldly and accurately pleaded with Christians in Galatia to “Stand fast therefore in the liberty wherewith Christ hath made us free, and be not entangled again with the yoke of bondage. Behold, I Paul say unto you, that if ye be circumcised, Christ shall profit you nothing. For I testify again to every man that is circumcised, that he is a debtor to do the whole law. Christ is become of no effect unto you, whosoever of you are justified by the law; ye are fallen from grace. For we through the Spirit wait for the hope of righteousness by faith. For in Jesus Christ neither circumcision availeth any thing, nor uncircumcision; but faith which worketh by love” (Gal. 5:1-6). We must not allow ourselves to be tempted to return to any part of the Old Law of Moses, even if it is physical circumcision. When we do, we are giving up Christ, and if we give up Christ, then we give up salvation. Let us be thankful that we live under a law that gives freedom instead of living under a “yoke of bondage”.
~Corey Barnette