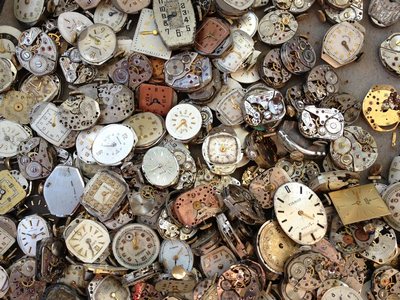 It is important to recognize that God is not limited by the subject of time. Oftentimes, human beings feel the crunch of deadlines or appointments. This has never been, nor ever will be, a problem for God. On the contrary, time would not even exist if God had not created the physical universe. “In the beginning…” God established periods of time known as days (Gen. 1-2). Those days added up to weeks, weeks added up to months, and ultimately months added up to years (cf. Exo. 12:2). During the history of man, there have been certain days that were pivotal in the design and execution of God’s plan to redeem mankind. Take for instance the day that Israel left Egyptian bondage. God, patiently and effectively, waited until the time was right for Israel to depart (Exo. 12:40- 42, 51; 13:3). Did the times that Pharaoh lied and postponed Israel’s release catch God off guard? Absolutely not! God confidently and correctly knew exactly when the Exodus would take place. “And the LORD said unto Moses, Yet will I bring one plague more upon Pharaoh, and upon Egypt; afterwards he will let you go hence: when he shall let you go, he shall surely thrust you out hence altogether” (Exo. 11:1).

Time was no factor for God and His will. How about when God literally demonstrated that He can supersede the laws of nature by extending a day longer than normal? Joshua and the Israelites were getting closer to inhabiting the promised land when “…spake Joshua to the LORD in the day when the LORD delivered up the Amorites before the children of Israel, and he said in the sight of Israel, Sun, stand thou still upon Gibeon; and thou, Moon, in the valley of Ajalon. And the sun stood still, and the moon stayed, until the people had avenged themselves upon their enemies. Is not this written in the book of Jasher? So the sun stood still in the midst of heaven, and hasted not to go down about a whole day. And there was no day like that before it or after it, that the LORD hearkened unto the voice of a man: for the LORD fought for Israel” (Josh. 10:12-14).

Once again, time was no factor for God and His will. Still another example of God’s superiority over time was the coming of Jesus. All the way back in the Garden of Eden, God had foretold that there would be one that would come to defeat the serpent/ Satan. “And the LORD God said unto the serpent, Because thou hast done this, thou art cursed above all cattle, and above every beast of the field; upon thy belly shalt thou go, and dust shalt thou eat all the days of thy life: And I will put enmity between thee and the woman, and between thy seed and her seed; it shall bruise thy head, and thou shalt bruise his heel” (Gen. 3:14-15). Literally, millennia past before that prophecy was fulfilled. Yet, as we have already established, time was no factor for God and His will. Paul wrote, “But when the fulness of the time was come, God sent forth his Son, made of a woman, made under the law, To redeem them that were under the law, that we might receive the adoption of sons” (Gal. 4:4-5).

With all of the evidence that the Bible supplies, we should never doubt the ability of God to bring His will to fruition. That includes the return of Jesus, and the destruction of those things that are physical. Even though almost two thousand years have passed since He left, Jesus is going to return. We can have all confidence that it will take place. Unfortunately, there are those who doubt that it will happen. That is really not a new concept.

Peter wrote, “Knowing this first, that there shall come in the last days scoffers, walking after their own lusts, And saying, Where is the promise of his coming? for since the fathers fell asleep, all things continue as they were from the beginning of the creation. For this they willingly are ignorant of, that by the word of God the heavens were of old, and the earth standing out of the water and in the water: Whereby the world that then was, being overflowed with water, perished: But the heavens and the earth, which are now, by the same word are kept in store, reserved unto fire against the day of judgment and perdition of ungodly men. But, beloved, be not ignorant of this one thing, that one day is with the Lord as a thousand years, and a thousand years as one day. The Lord is not slack concerning his promise, as some men count slackness; but is longsuffering to us-ward, not willing that any should perish, but that all should come to repentance. But the day of the Lord will come as a thief in the night; in the which the heavens shall pass away with a great noise, and the elements shall melt with fervent heat, the earth also and the works that are therein shall be burned up” (2 Pet. 3:3-10). Let us make sure that we are prepared for that day by being obedient to the Gospel of Jesus and living faithful lives (Rom. 1:16; 2 Tim. 4:6-8). Remember, just because it has not happened yet, do not let yourself forget that time is no factor for God and His will.
~ Corey Barnette