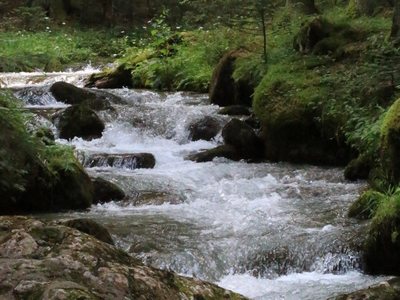 In different parts of the Bible, God is very plain and firm when it comes to the attitudes and behaviors of those that live sinful lifestyles. Often times, along with the descriptions of their transgressions, there is a foretelling of the punishment that awaits those that will not repent.

One of those places of Scripture is chapter two of Second Peter. The apostle began the chapter by affirming that there would be “false teachers” among the Christians of the first century. He elaborated that those “false teachers” would be responsible for privately bringing “…in damnable heresies…” (2 Pet. 2:1). The “heresies” would include a denunciation of the Lord Himself. These individuals are described as bringing “swift destruction” upon themselves. It should easily be understood that Christians should not be in league with such individuals. Sadly though, Peter explained that there would be many first century Christians that would “…follow their pernicious ways…” and be “sold out” by those wicked men (2 Pet. 2:2-3).

It was then that Peter used multiple examples of old to verify that God would ultimately punish the “false teachers”. First, Peter mentioned that there were “angels” that had “sinned”. He described their predicament as having been cast “…down to hell, and delivered them into chains of darkness, to be reserved unto judgment” (2 Pet. 2:4). Then Peter used the example of “the old world” of wickedness that was punished when God brought “…in the flood upon the world of the ungodly” (2 Pet. 2:5). Peter then described the cities of Sodom and Gomorrha as having been turned “…into ashes…” and “…condemned them with an overthrow, making them an ensample unto those that after should live ungodly” (2 Pet. 2:6). The “false teachers” were not going to avoid their punishment (2 Pet. 2:3).

Then Peter shifted gears and discussed the deliverance of Lot. Amidst all of the evil that existed around him, Lot remained a righteous man (2 Pet. 2:7). This should have served as an encouragement to the first century Christians who were being “surrounded” by “false teachers”. Peter wrote, “The Lord knoweth how to deliver the godly out of temptations, and to reserve the unjust unto the day of judgment to be punished” (2 Pet. 2:9). If the brethren were to do their parts, then God would certainly do His part.

Of those that would be “punished”, Peter said that they “walk after the flesh” (2 Pet. 2:10). This sounds similar to what Paul wrote to the Galatians: “Now the works of the flesh are manifest, which are these; Adultery, fornication, uncleanness, lasciviousness, Idolatry, witchcraft, hatred, variance, emulations, wrath, strife, seditions, heresies, Envyings, murders, drunkenness, revellings, and such like: of the which I tell you before, as I have also told you in time past, that they which do such things shall not inherit the kingdom of God” (Gal. 5:19-21). Peter explained that these people were “presumptuous”, “selfwilled”, “spots and blemishes”, who were “natural brute beasts” that had “eyes full of adultery” and “have forsaken the right way, and are gone astray” (2 Pet. 2:10, 12-15). They were quick to speak against government and use “great swelling words of vanity” (2 Peter 2:10, 18). Further they were noted as being individuals who counted “…it pleasure to riot in the day time” (2 Pet. 2:13). Those descriptions sound very similar to the lifestyles and actions of some in the twenty-first century as well. In his effort to describe these folks, Peter also referred to them as “wells without water” (2 Pet. 2:17).

They provided no real blessing or satisfaction. They might seem outwardly to promise great things, but inwardly they are “dried up”. Christians need to be on alert for such individuals. We must not allow ourselves to be deceived and enticed with vain and empty ways. Instead, Christians should be diligent not to allow themselves to become lost again because of the efforts of “false teachers” (2 Pet. 2:20-22). Instead of going to those that cannot provide the soul with its needs, we should stay faithful to the Lord. Jesus said, “But whosoever drinketh of the water that I shall give him shall never thirst; but the water that I shall give him shall be in him a well of water springing up into everlasting life” (John 4:14).
~ Corey Barnette