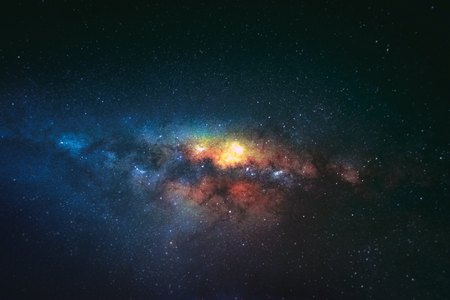 When addressing a question about marriage and the resurrection, our Lord took the time to explain the immortality of the soul. “Sadducees, which deny that there is any resurrection…” had presented a scenario that they apparently thought was sufficient to cause Jesus trouble (Luke 20:27). The situation was such that a woman had been married seven times. All of her husbands died before her. The Sadducees wanted the Lord to answer, “Therefore in the resurrection whose wife of them is she? for seven had her to wife” (Luke 20:33). It was then that Jesus explained, “…The children of this world marry, and are given in marriage: But they which shall be accounted worthy to obtain that world, and the resurrection from the dead, neither marry, nor are given in marriage: Neither can they die any more: for they are equal unto the angels; and are the children of God, being the children of the resurrection” (Luke 20:34-36).

This was sufficient to answer the false belief of the Sadducees, but Jesus also took the opportunity to teach them further. Jesus said, “Now that the dead are raised, even Moses showed at the bush, when he calleth the Lord the God of Abraham, and the God of Isaac, and the God of Jacob. For he is not a God of the dead, but of the living: for all live unto him” (Luke 20:37-38). The fact that Abraham, Isaac and Jacob are still existing long after their physical deaths indicates the existence of the immortal soul. Solomon proclaimed, “Then shall the dust return to the earth as it was: and the spirit shall return unto God who gave it” (Eccl. 12:7). Once our physical lives are over, the immortal soul continues to exist.

This truth was also taught when Jesus described the situations of the rich man and Lazarus. “There was a certain rich man, which was clothed in purple and fine linen, and fared sumptuously every day: And there was a certain beggar named Lazarus, which was laid at his gate, full of sores, And desiring to be fed with the crumbs which fell from the rich man’s table: moreover the dogs came and licked his sores. And it came to pass, that the beggar died, and was carried by the angels into Abraham’s bosom: the rich man also died, and was buried; And in hell he lift up his eyes, being in torments, and seeth Abraham afar off, and Lazarus in his bosom” (Luke 16:19-23). Even though physical death occurred for both men, each of them still existed, spiritually. To further demonstrate the fact that man has an immortal soul, let us examine the scene at the Mount of Transfiguration.

It is recorded, “And after six days Jesus taketh Peter, James, and John his brother, and bringeth them up into an high mountain apart, And was transfigured before them: and his face did shine as the sun, and his raiment was white as the light. And, behold, there appeared unto them Moses and Elias talking with him” (Matt. 17:1-3). Just like with Abraham, Isaac and Jacob, Moses and Elijah (Elias) had long since physically died before this event. Yet, both Moses and Elijah still existed spiritually because they each have an immortal soul.