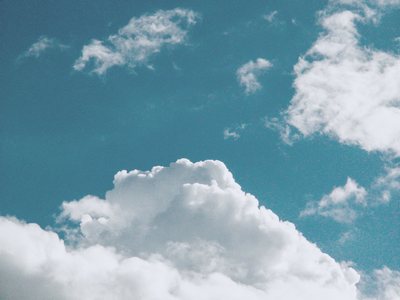 Often times, mankind fears the unknown. Being ignorant about a certain thing seems to amplify the apprehensiveness. With that being stated, many people do not understand what it is going to be like after we die. Granted, we are limited in the amount of information that has been revealed to us by God, but we do have enough to ease the minds of the faithful.

Let us begin with the account of the rich man and Lazarus that is recorded in Luke 16:19-31. This is perhaps the most detailed segment of Scripture on this topic. Jesus told of two different men. One was an indulgent man that seems to have enjoyed a very worldly life. The other was a lowly beggar, “full of sores” that simply wanted “crumbs” to eat. The beggar’s name is Lazarus. We are not told the name of the rich man. The great equalizer between the two was that each of them died (Luke 16:22). That is when things took a drastic change. Lazarus “…was carried by the angels into Abraham’s bosom…” (Luke 16:22). The worldly, rich man “…lift up his eyes, being in torments, and seeth Abraham afar off, and Lazarus in his bosom” (Luke 16:23). One is comforted while the other is “…tormented in this flame” (Luke 16:24). That gives us basic information of what it will be like after human beings die. What it does not tell us is what things will be like when those individuals are resurrected on the last day.

The fact that all the dead, whether faithful or unfaithful, will be resurrected before Judgment is explicitly revealed in Scripture. After the death of Lazarus, Martha understood this truth. “Martha saith unto him, I know that he shall rise again in the resurrection at the last day” (John 11:24). Likewise, when Paul was giving his defense before Felix, the apostle stated “And have hope toward God, which they themselves also allow, that there shall be a resurrection of the dead, both of the just and the unjust” (Acts 24:15). Along with those references, Jesus is recorded as saying, “Verily, verily, I say unto you, The hour is coming, and now is, when the dead shall hear the voice of the Son of God: and they that hear shall live. For as the Father hath life in himself; so hath he given to the Son to have life in himself; And hath given him authority to execute judgment also, because he is the Son of man.

That brings us to one final area of discussion on this topic. What kind of body will the resurrected have? Paul stated, “But some man will say, How are the dead raised up? and with what body do they come” (1 Cor. 15:35)? His answer was “Thou fool, that which thou sowest is not quickened, except it die: And that which thou sowest, thou sowest not that body that shall be, but bare grain, it may chance of wheat, or of some other grain: But God giveth it a body as it hath pleased him, and to every seed his own body…So also is the resurrection of the dead. It is sown in corruption; it is raised in incorruption: It is sown in dishonor; it is raised in glory: it is sown in weakness; it is raised in power: It is sown a natural body; it is raised a spiritual body. There is a natural body, and there is a spiritual body…Behold, I show you a mystery; We shall not all sleep, but we shall all be changed, In a moment, in the twinkling of an eye, at the last trump: for the trumpet shall sound, and the dead shall be raised incorruptible, and we shall be changed. For this corruptible must put on incorruption, and this mortal must put on immortality. So when this corruptible shall have put on incorruption, and this mortal shall have put on immortality, then shall be brought to pass the saying that is written, Death is swallowed up in victory” (1 Cor. 15:36-54). When Jesus was resurrected, He was never to die again. This is one of the blessings that the faithful will enjoy. John touched on this issue as well when he wrote, “Beloved, now are we the sons of God, and it doth not yet appear what we shall be: but we know that, when he shall appear, we shall be like him; for we shall see him as he is” (1 John 3:2). That may not be enough to satiate the curiosity of some, but it should be satisfactory to the faithful. If I can be in any way more like my Savior, then that seems to be good enough for me.
~ Corey Barnette