Skip to content
HomeChristian LivingWhich of Them Will Love Him Most? 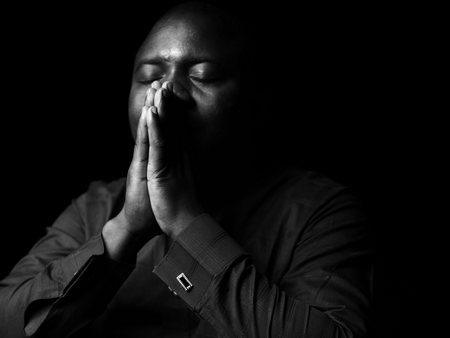 What a blessing it is to be able to study the teachings of our Lord, Jesus Christ. I can only imagine what it must have been like to sit at His feet and to hear Him speak. On one occasion, a Pharisee wanted Jesus to eat with him. Our Lord accepted the invitation. It was then that something happened that gave Jesus the opportunity to teach a great lesson.

“And, behold, a woman in the city, which was a sinner, when she knew that Jesus sat at meat in the Pharisee’s house, brought an alabaster box of ointment, And stood at his feet behind him weeping, and began to wash his feet with tears, and did wipe them with the hairs of her head, and kissed his feet, and anointed them with the ointment” (Luke 7:37-38). What would have been our reaction to witnessing such a thing? Would we have thought, Wow! How much she must love and trust Jesus! On the other hand, maybe we would have thought that she ought not to behave in such ways. The Pharisee that had invited Jesus to eat with him had his own opinion. “Now when the Pharisee which had bidden him saw it, he spake within himself, saying, This man, if he were a prophet, would have known who and what manner of woman this is that toucheth him: for she is a sinner” (Luke 7:39). Sadly, the Pharisee, whose name was Simon, apparently did not look at himself the way that he perceived the woman. Simon was just as much a sinner as she was (Rom. 3:23; 5:12)!

Jesus, being God in the flesh, did not have to hear Simon speak to know his thoughts. “And Jesus answering said unto him, Simon, I have somewhat to say unto thee. And he saith, Master, say on. There was a certain creditor which had two debtors: the one owed five hundred pence, and the other fifty” (Luke 7:40-41). Please notice that each of them owed something. They each owed a debt to pay (Rom. 6:23). Simon was a sinner just like the woman. Jesus continued, “And when they had nothing to pay, he frankly forgave them both. Tell me therefore, which of them will love him most” (Luke 7:42)?

Whether Simon had yet understood where Jesus was going with His question is not revealed. We do have Simon’s response though. “Simon answered and said, I suppose that he, to whom he forgave most” (Luke 7:43). Jesus was successful in getting His point across, “…And he said unto him, Thou hast rightly judged” (Luke 7:43). Then Jesus explained why the woman’s actions were appropriate. “And he turned to the woman, and said unto Simon, Seest thou this woman? I entered into thine house, thou gavest me no water for my feet: but she hath washed my feet with tears, and wiped them with the hairs of her head. Thou gavest me no kiss: but this woman since the time I came in hath not ceased to kiss my feet. My head with oil thou didst not anoint: but this woman hath anointed my feet with ointment” (Luke 7:44-46). Remember, that both Simon and the woman were guilty as sinners. The woman had shown great love and appreciation for Jesus, but Simon had not even extended common courtesies that were custom at that time.

Jesus went on to say, “Wherefore I say unto thee, Her sins, which are many, are forgiven; for she loved much: but to whom little is forgiven, the same loveth little. And he said unto her, Thy sins are forgiven” (Luke 7:47-48). Friend, how diligent are we to show Jesus our love for Him (John 14:15)? Let us admit it, we all have sinned as well (1 John 1:6-2:2). Do we take for granted the great sacrifice that He has done for us, or are we ever grateful to Him? I will never have the opportunity to sit literally at the feet of Jesus on this Earth. I will never be able to wash His feet with my tears and wipe those tears with the hairs of my head. I can, however, live a life of thanksgiving! I can teach others about Him so that they in turn can enjoy the blessings that I enjoy (Eph. 1:3). I can sacrifice my life in service to Him (Rom. 12:1-2). In the end, it is up to me to show my Lord how much I love Him!
~ Corey Barnette