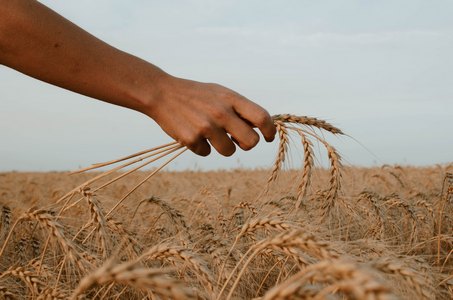 Can you remember when “a job well done” was appreciated and encouraged? It is sad, but it has become harder and harder to get people to do actual work. Instead, many seemingly live their lives according to the attitude of “doing just enough to get by”. As Christians, we should never forget that while we are alive on the Earth, God expects us to continue to work. The writer of Hebrews taught the importance of working now so that we will have rest later: “There remaineth therefore a rest to the people of God. For he that is entered into his rest, he also hath ceased from his own works, as God did from his. Let us labour therefore to enter into that rest, lest any man fall after the same example of unbelief” (Heb. 4:9-11).

Our time to “rest” is not now. It is something that we will get to enjoy one day, if we continue to work. Jesus certainly understood the importance of working. He said, “I must work the works of him that sent me, while it is day: the night cometh, when no man can work” (John 9:4). Where would we be if Jesus had not been willing to work? We would still be in our sins with no hope! As Christians, we must remember that the works that we perform do not earn us our salvation. Paul explained this when he wrote to the Ephesian brethren. “For by grace are ye saved through faith; and that not of yourselves: it is the gift of God: Not of works, lest any man should boast” (Eph. 2:8-9). No man can do enough “works” to put God in debt to him. However, that does not rule out the need for “works of obedience” or “good works”. In the same context Paul continued, “For we are his workmanship, created in Christ Jesus unto good works, which God hath before ordained that we should walk in them” (Eph. 2:10). There it is! God expects us to work!

During His time on Earth, Jesus taught, “Labour not for the meat which perisheth, but for that meat which endureth unto everlasting life, which the Son of man shall give unto you: for him hath God the Father sealed” (John 6:27). In order for a Christian to be found faithful on the Day of Judgment, he must have obeyed God’s Word and been diligent in his work. Consider the instruction that Paul gave long ago. “Servants, obey in all things your masters according to the flesh; not with eyeservice, as menpleasers; but in singleness of heart, fearing God: And whatsoever ye do, do it heartily, as to the Lord, and not unto men; Knowing that of the Lord ye shall receive the reward of the inheritance: for ye serve the Lord Christ” (Col. 3:22-24). Every “good work” that we do should be performed as if we were literally doing that “good work” “…as to the Lord”. I would hope that we would not look at doing something for Jesus as a burden or an irritation. Neither should we look at obeying God and doing those things which are “good” as troublesome.

In closing, I will list some Scriptures that reinforce the importance of continuing to work. “He also that is slothful in his work is brother to him that is a great waster” (Prov. 18:9). “Not slothful in business; fervent in spirit; serving the Lord” (Rom. 12:11). “I went by the field of the slothful, and by the vineyard of the man void of understanding; And, lo, it was all grown over with thorns, and nettles had covered the face thereof, and the stone wall thereof was broken down. Then I saw, and considered it well: I looked upon it, and received instruction. Yet a little sleep, a little slumber, a little folding of the hands to sleep: So shall thy poverty come as one that travelleth; and thy want as an armed man” (Prov. 24:30-34). “Go to the ant, thou sluggard; consider her ways, and be wise: Which having no guide, overseer, or ruler, Provideth her meat in the summer, and gathereth her food in the harvest” (Prov. 6:6-8).
~Corey Barnette