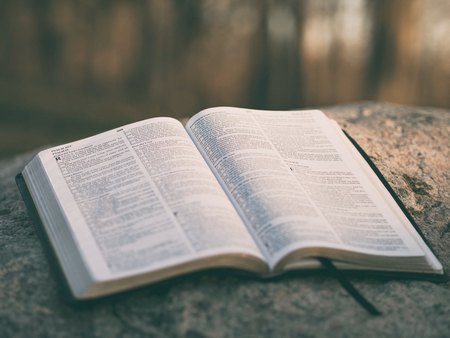 As many already know, the book of Psalms is a great study to endeavor. There are so many different things about God and His will that are revealed in those Psalms. One in particular is going to be examined for this article.

The 22nd Psalm is known as a messianic psalm. The reason for that designation is because of the many references in the psalm about the Christ. One of those references is the very first verse. “My God, my God, why hast thou forsaken me? why art thou so far from helping me, and from the words of my roaring” (Psm. 22:1). There is no doubt that this deals with Christ and His crucifixion. All one has to do is examine Matthew 27:46 and Mark 15:34. Our Lord, as He was suffering, quoted part of Psalm 22. By so doing, He was able to refresh the memories of those that could hear Him. What I mean is that individuals who had studied the Old Testament, specifically the Psalms, would have been able to recognize Jesus’ quotation. In one of His last acts, Jesus took the time to draw attention to the fact that His crucifixion/death was a fulfillment of prophecy.

Later in Psalm 22 we find more evidence that this is a messianic psalm. “But I am a worm, and no man; a reproach of men, and despised of the people. All they that see me laugh me to scorn: they shoot out the lip, they shake the head, saying, He trusted on the LORD that he would deliver him, seeing he delighted in him” (Psm. 22:6-8). This too points to Jesus and His crucifixion! Matthew wrote, “And they that passed by reviled him, wagging their heads, And saying, Thou that destroyest the temple, and buildest it in three days, save thyself. If thou be the Son of God, come down from the cross. Likewise also the chief priests mocking him, with the scribes and elders, said, He saved others; himself he cannot save. If he be the King of Israel, let him now come down from the cross, and we will believe him. He trusted in God; let him deliver him now, if he will have him: for he said, I am the Son of God” (Matt. 27:39-43; cf. Mark 15:29-32).

Further study will continue to show that Psalm 22 is a reference to Jesus and His crucifixion/death. “I am poured out like water, and all my bones are out of joint: my heart is like wax; it is melted in the midst of my bowels” (Psm. 22:14). One can easily imagine that this could be a description of what it must have felt like to Jesus as He was on the cross. Consider John’s record of what happened after Jesus died. “But when they came to Jesus, and saw that he was dead already, they brake not his legs: But one of the soldiers with a spear pierced his side, and forthwith came there out blood and water” (John 19:33-34).

That still is not all that Psalm 22 supplies when it comes to Christ and His crucifixion/death. “My strength is dried up like a potsherd; and my tongue cleaveth to my jaws; and thou hast brought me into the dust of death. For dogs have compassed me: the assembly of the wicked have inclosed me: they pierced my hands and my feet. I may tell all my bones: they look and stare upon me. They part my garments among them, and cast lots upon my vesture” (Psm. 22:15-18). These graphic depictions were vividly demonstrated the day of Jesus’ crucifixion.

Was it not John that wrote, “After this, Jesus knowing that all things were now accomplished, that the scripture might be fulfilled, saith, I thirst” (John 19:28). Matthew also recorded, “They gave him vinegar to drink mingled with gall: and when he had tasted thereof, he would not drink. And they crucified him, and parted his garments, casting lots: that it might be fulfilled which was spoken by the prophet, They parted my garments among them, and upon my vesture did they cast lots” (Matt. 27:34-35).

With all of these references, how could it be that the first century Jews could not see what they were doing? The Prince of Peace, the Son of God, the King of Kings was right in their presence. Even with Jesus referencing Psalm 22, the people still did not put everything together the way that they could have. Our Lord gave the people an opportunity to remember what had been prophesied. Sadly though, it fell on “deaf ears”. With the knowledge that we have gained, perhaps Luke 23:34 will resonate stronger: “Then said Jesus, Father, forgive them; for they know not what they do. And they parted his raiment, and cast lots”.
~ Corey Barnette