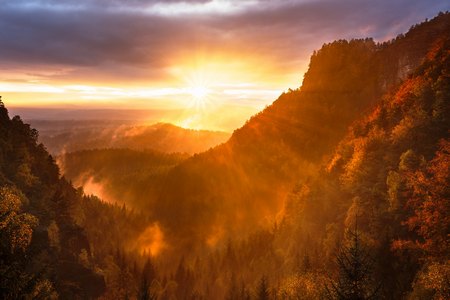 There are many different occasions in which the Bible records details of our Savior. Each of those references is worthy of our attention and study. After all, Christians should be striving to be more like Jesus on a regular basis. The writer of Hebrews stated, “But we see Jesus, who was made a little lower than the angels for the suffering of death, crowned with glory and honour; that he by the grace of God should taste death for every man. For it became him, for whom are all things, and by whom are all things, in bringing many sons unto glory, to make the captain of their salvation perfect through sufferings” (Heb. 2:9-10).

First of all, Jesus is described as being “made a little lower than the angels for the suffering of death” (Heb. 2:9). If specificity were not given, then the reader might wonder just how Jesus could be “lower” than something He created. When speaking of marriage and the resurrection, Jesus explained that angels are spirit beings that are not “flesh and blood”. He said, “…Ye do err, not knowing the Scriptures, nor the power of God. For in the resurrection they neither marry, nor are given in marriage, but are as the angels of God in heaven” (Matt. 22:29-30). Angels are not physical beings. This truth is seen in the fact that they do not marry. Marriage is for physical human beings (Matt. 19:4-6; cf. Gen. 2:24). Since angels are not physical beings, angels do not have to die. Instead, they are immortal in the sense that they continue. The fact that Jesus “…was made flesh…” shows that He became a physical human being (John 1:14). It is further explained, “Forasmuch then as the children are partakers of flesh and blood, he also himself likewise took part of the same; that through death he might destroy him that had the power of death, that is, the devil; And deliver them who through fear of death were all their lifetime subject to bondage. For verily he took not on him the nature of angels; but he took on him the seed of Abraham” (Heb.

2:14-16). As such, His physical life was subject to death (Luke 24:46). No angel has ever experienced what Jesus endured. Further, it is mentioned that Jesus was “…crowned with glory and honour…” (Heb. 2:9). After His death and resurrection, “…Jesus came and spake unto them, saying, All power is given unto me in heaven and in earth” (Matt. 28:18). His authority is absolute! No angel has ever had the authority that Jesus holds. To further support His crowning “with glory and honour”, Jesus taught that He would be given a position of esteem. “Hereafter shall the Son of man sit on the right hand of the power of God” (Luke 22:69). The “right hand” has traditionally been understood to be a reference to one having trust and respect. Jesus received this privilege when He ascended back to Heaven. When referencing Jesus, Peter wrote, “Who is gone into heaven, and is on the right hand of God; angels and authorities and powers being made subject unto him” (1 Pet. 3:22). While He was at one time “a little lower than the angels”, today Jesus is “…the blessed and only Potentate, the King of kings, and Lord of lords” (1 Tim. 6:15). The writer of Hebrews described Him as “the captain of their salvation”. It is Jesus that leads us in our spiritual war (1 Tim. 1:18; 2 Tim. 2:3; Eph. 1:22-23). Also, Jesus is the One that makes salvation possible. Jesus explicitly taught, “…I am the way, the truth, and the life: no man cometh unto the Father, but by me” (John 14:6). In the book of Acts we find in reference to Jesus, “Neither is there salvation in any other: for there is none other name under heaven given among men, whereby we must be saved” (Acts 4:12).

It is always good to learn more about our Lord. This is just a small sampling of the wealth of knowledge that is found in the Bible. We should never get tired of reading about the One who is “…both Lord and Christ” (Acts 2:36).
~ Corey Barnette