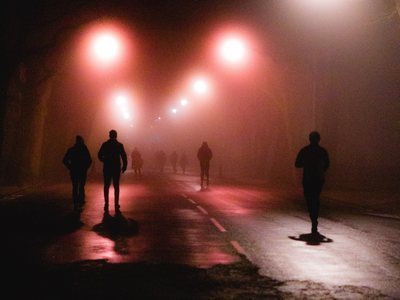 It does not take long for one to read the writings of Paul and see his great love for the souls of men. On one occasion, Paul gave a strong warning to the Christians in Ephesus. He wrote, “For this ye know, that no whoremonger, nor unclean person, nor covetous man, who is an idolater, hath any inheritance in the kingdom of Christ and of God. Let no man deceive you with vain words: for because of these things cometh the wrath of God upon the children of disobedience. Be not ye therefore partakers with them” (Eph. 5:5-7). We live in a time period where many behave and think that they can do whatever they want and still be right with God.

We need to heed the warning that Paul gave those Ephesians. God’s wrath will come upon those who disobey! The writer of Hebrews explained, “It is a fearful thing to fall into the hands of the living God” (Heb. 10:31). Also, “For our God is a consuming fire” (Heb. 12:29). Those who live a lifestyle of disobedience will be punished for their acts. Jesus is on record explaining the absolute need for obedience. He said, “And why call ye me, Lord, Lord, and do not the things which I say? Whosoever cometh to me, and heareth my sayings, and doeth them, I will show you to whom he is like: He is like a man which built an house, and digged deep, and laid the foundation on a rock: and when the flood arose, the stream beat vehemently upon that house, and could not shake it: for it was founded upon a rock. But he that heareth, and doeth not, is like a man that without a foundation built an house upon the earth; against which the stream did beat vehemently, and immediately it fell; and the ruin of that house was great” (Luke 6:46-49).

It is dumbfounding to realize that someone can read those verses and still have the mindset that disobedience will go unpunished. When addressing the Christians in Corinth, Paul took the time to emphasize the folly of disobedience. It seems that some of the brethren in Corinth believed that they could commit fornication without fear of punishment. It is worth noting that the sin of fornication is one of many sins that people commit today without enough fear of punishment. Paul explained, “Meats for the belly, and the belly for meats: but God shall destroy both it and them. Now the body is not for fornication, but for the Lord; and the ord for the body. And God hath both raised up the Lord, and will also raise up us by his own power. Know ye not that your bodies are the members of Christ? shall I then take the members of Christ, and make them the members of an harlot? God forbid. What? know ye not that he which is joined to an harlot is one body? for two, saith he, shall be one flesh. But he that is joined unto the Lord is one spirit. Flee fornication. Every sin that a man doeth is without the body; but he that committeth fornication sinneth against his own body. What? know ye not that your body is the temple of the Holy Ghost which is in you, which ye have of God, and ye are not your own? For ye are bought with a price: therefore glorify God in your body, and in your spirit, which are God’s” (1 Cor. 6:13-20).

We should all take heed to a very simple truth. Speaking of Jesus, the writer of Hebrews wrote, “Though he were a Son, yet learned he obedience by the things which he suffered; And being made perfect, he became the author of eternal salvation unto all them that obey him; Called of God an high priest after the order of Melchisedek” (Heb. 5:8- 10). If we want to enjoy “eternal salvation”, then we must cease disobedience and begin living an obedient life. Paul, when writing to the Christians in Ephesus, stated, “And you hath he quickened, who were dead in trespasses and sins; Wherein in time past ye walked according to the course of this world, according to the prince of the power of the air, the spirit that now worketh in the children of disobedience” (Eph. 2:1-2). Friend, if we are “children of disobedience”, then we are not faithfully serving God.